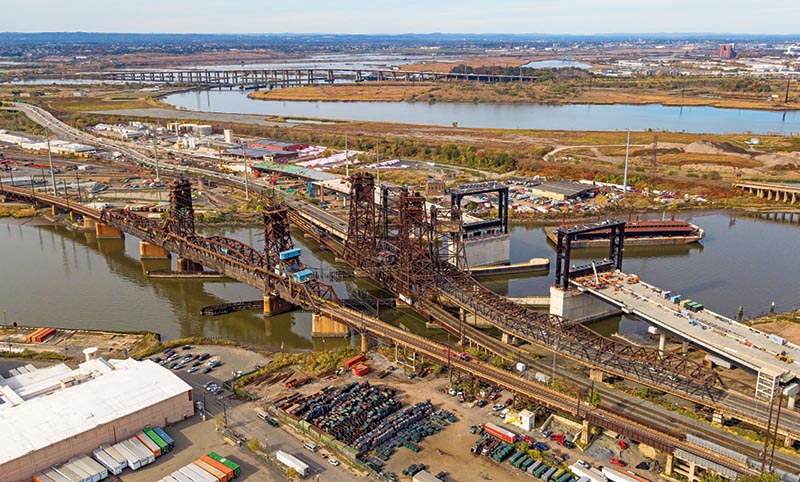 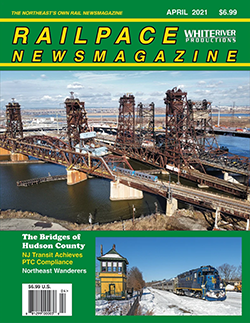 Hudson County in New Jersey is surrounded by rivers, requiring a network of bridges and tunnels to support rail and highway commerce and travel. Named for Henry Hudson, a sea captain who explored the area in 1609, the county is part of New Jersey’s Gateway Region in the New York metropolitan area.

There are many varieties of rail and highway bridges, both moveable and fixed span, in this 62-square mile county. Of the three major types of moveable bridges – bascule, swing-span and vertical lift – this feature will concentrate on the latter, the most impressive visually and operationally, due to their massive hoisting towers and lengthy moveable channel spans. Seven vertical lift bridges – one new and still under construction – span the Hackensack River in Hudson County. From north to south, these vertical lift bridges include:

Farther south in Newark Bay, which is formed by the confluence of the Hackensack and Passaic rivers, lies Upper Bay, another major vertical lift rail bridge, once jointly owned by the PRR and Lehigh Valley, today owned by Conrail and utilized by Conrail and CSX. Even farther south in Newark Bay once stood the legendary CNJ Newark Bay Bridge, twin two-track spans each with twin vertical lift spans. Most of the structure was demolished in 1970. 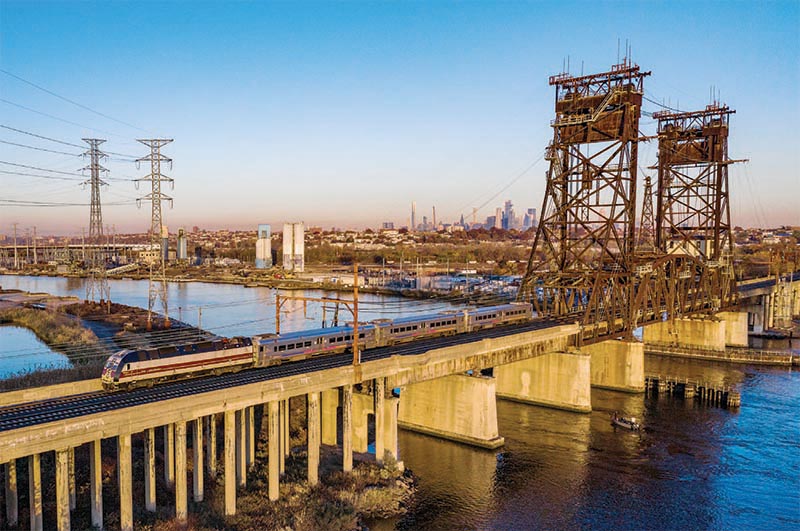 NJ Transit dual-mode ALP45DP 4519 wears a commemorative Erie-Lackawanna wrap as it heads west on home rails across the Lower Hack lift bridge with train 531, November 8, 2020. The Lackawanna was known for its extensive use of concrete in civil engineering, and this bridge is no exception. Marc Glucksman–RiverRail Photo

Hudson County is bordered on the west by the Passaic River, and – wait for it – two more vertical lift bridges, one highway (U.S. 1& 9), and massive Dock Bridge, a massive structure of three parallel vertical lift rail spans once serving the PRR and H&M, today Amtrak (and NJ Transit), and PATH.

We’ll start our tour with the fascinating knot of four vertical lift spans crammed tightly together linking Jersey City and Kearny just north of the Pulaski Skyway.  The Route 7 Wittpenn, Hack (P&H Branch, (CSX/NS), and PATH lift bridges were completed in 1930; the replacement Whittpenn highway span is expected to open later this year. John Alexander Low Waddell, an early Twentieth Century bridge engineer, consulted on the design of the lift spans for these railroad bridges. The firm of Harrington, Howard & Ash, a successor firm to Waddell, designed the Wittpenn highway bridge.

The CSX/NS Hack, and PATH lift spans are about 140 feet apart on the east shore of the Hackensack River in Jersey City, and diverge to about 500 feet apart on the west shore in Kearny. The freight bridge crosses the Hackensack River at a more perpendicular angle to the river than the passenger bridge, which crosses at a diagonal as the tracks bend south of Kearny Yard to connect Jersey City with Harrison and Newark…

Read the rest of this article in the April 2021 issue of Railpace Newsmagazine!