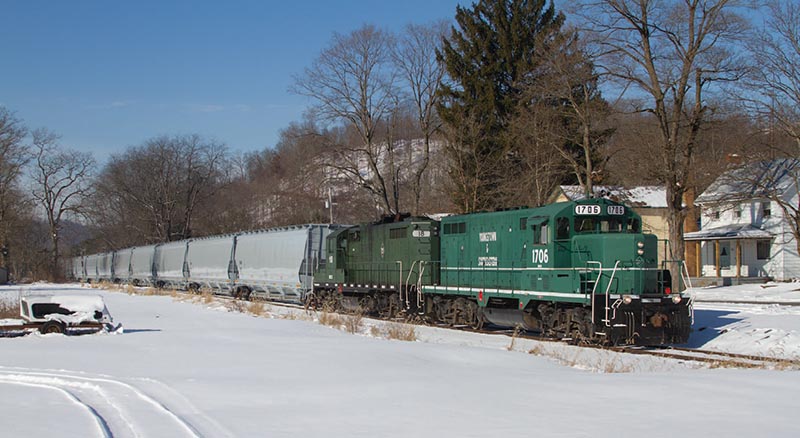 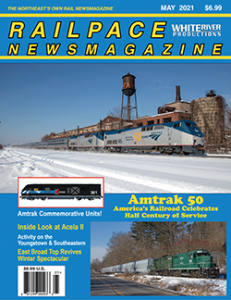 By David E. Baer/photos by the author

The winter of 2021 was surprisingly busy for the Youngstown & Southeastern Railroad. The YSE operates the former Youngstown & Southern 36-mile line from Youngstown, Ohio, to Darlington, Pa. After losing a major customer between late 2019 and early 2020, the YSE has survived on car storage. In late January 2021 and early February, a large number of cars arrived for storage on the line, while another set of cars departed from storage.

The YSE began operations on the Y&S line December 1, 2006 as a subsidiary of Indiana Box Car Company (IBCX). The YSE was contracted to operate the line by the Columbiana County Port Authority (CCPA), after the Ohio Central System declined to purchase the line and decided against further operation. The final Ohio Central train ran November 30, 2006, with the YSE starting service the next day. Over the next 15 years, construction and demolition (C&D) debris traffic moving to a landfill in Negley, Ohio, would be the major traffic source on the YSE. However, the C&D traffic was hit-or-miss over the years, with several years seeing little traffic. 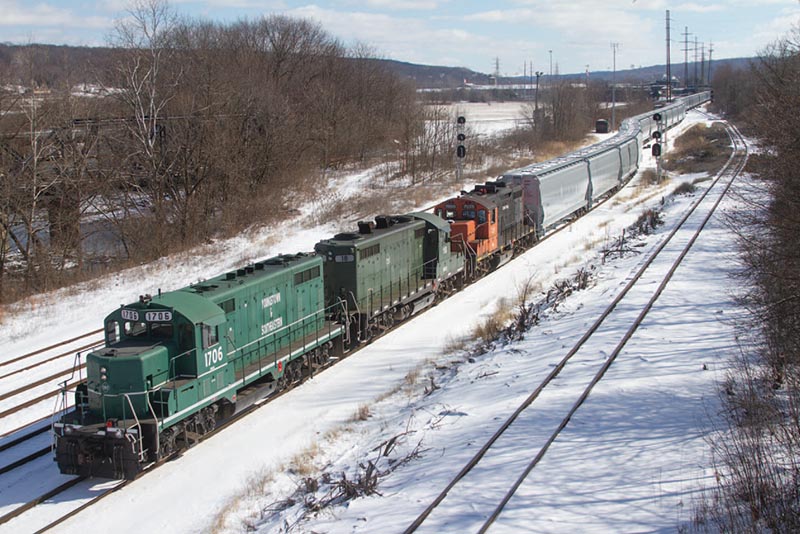 2019 was a remarkably busy year on the YSE, with many carloads of C&D making their way south to the Total Quality Logistics landfill in Negley. Things were so busy that the YSE ended up using two crews most days, a north-end crew which worked the line between Youngstown and Signal, while another crew worked the south end of the line between Negley and Signal. The trains would meet and swap cars at Signal.

However, near the end of 2019, the TQL land-fill moved the unloading of the heavy C&D cars from Negley to Signal, due to track conditions on the YSE between Signal and Negley. In addition, the landfill was running out of room at the current site they were using for the C&D material and needed to open another section of the landfill. While work was started on the new section of the landfill in Negley, it was not completed, and the C&D loads heading for Negley were diverted to other landfills. With the loss of this C&D traffic, carloads dropped off and YSE began 2020 running as-needed. As the year progressed, the main source of traffic was cars heading into and out of storage along the line.

Then, in late August 2020, an uneventful year became eventful when Indiana Box Car Company, then-current owner of the Youngstown & Southeastern, announced that YSE, along with three other railroads, had been sold to Midwest & Bluegrass Rail. The sale to M&B Rail included the Y&S, Camp Chase Railroad, Chesapeake & Indiana Railroad and Vermilion Valley Railroad…