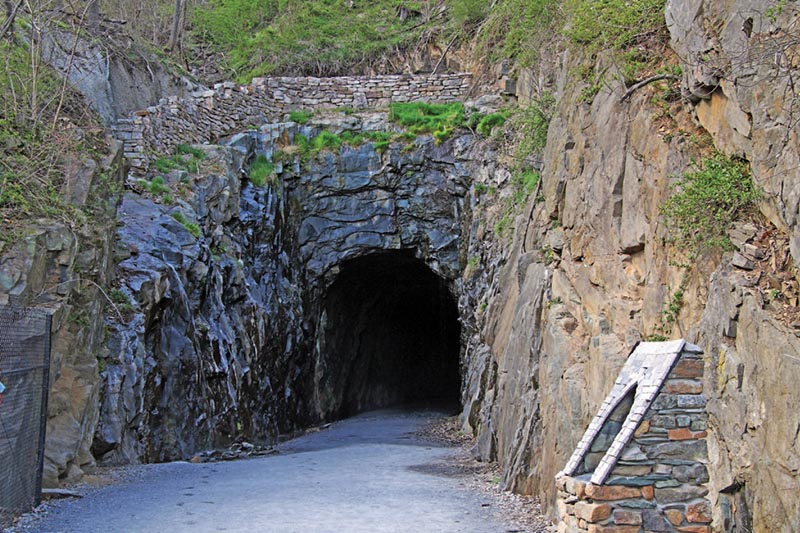 After four years of work clearing rockslides and underbrush, the original Blue Ridge Tunnel opened for visitors in November 2020. This view of the east portal was taken April 7, 2021. A well-groomed 0.6 mile long gravel level trail leads from the trailhead parking lot at Afton to the east portal.

By Alex Mayes/photos by the author

Early planners knew that construction of the tunnel would be a difficult challenge, so they enlisted renowned French engineer Claudius Crozet to design and oversee the project. One of the major tasks was to blast through long stretches of solid rock, which was done with black powder, since dynamite had not yet been invented. There were 189 recorded deaths during its construction, including women and children from the cholera epidemic in 1854. Like all tunnels constructed during this era, its bore was of small diameter and later became obsolete as the size of locomotives and railcars increased…