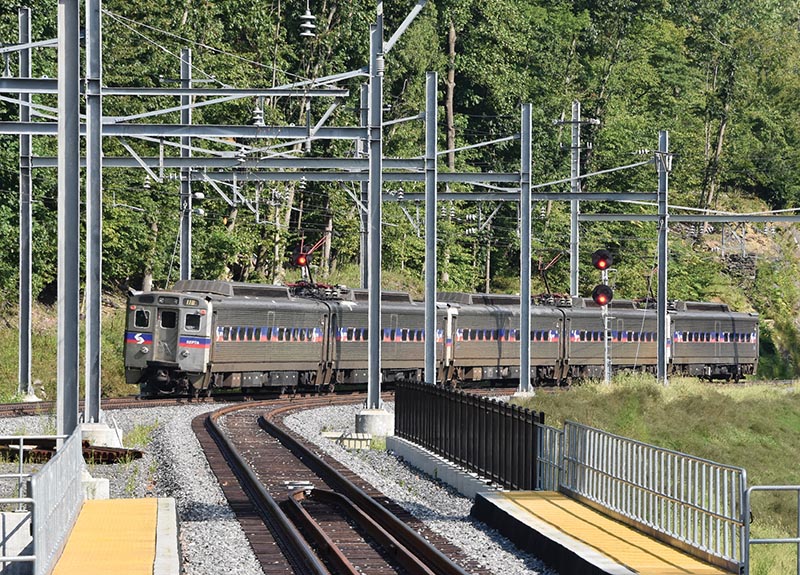 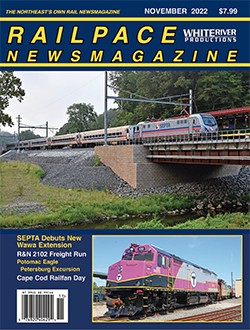 By John M. Gabriel and Robert L. Sartain/photos as noted

Rail service to Wawa began in 1856, when the West Chester & Philadelphia Railroad arrived, building from Philadelphia to West Chester, Pa. Shortly thereafter, the Philadelphia & Baltimore Central Railroad started construction of its line to Chadds Ford (1855-1859) and onward to the Susquehanna River near Port Deposit, Md. Both companies were in turn purchased by the Philadelphia, Baltimore, & Washington Railroad, and came under control of the Pennsylvania Railroad. This convergence of rail lines at Wawa provided an important conduit for agricultural and passenger traffic to Philadelphia and points south and west. 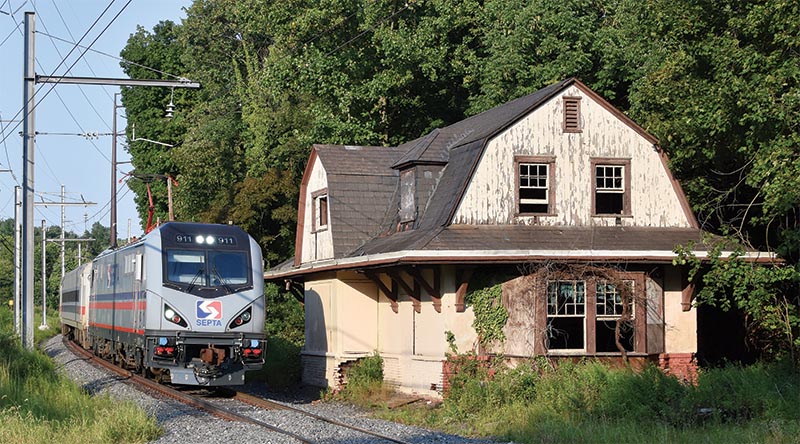 ABOVE: SEPTA ACS-64 911 with Train 9349 is approaching the former Williamson School station, built in 1909. The structure is located on the new Elwyn to Wawa extension, shown August 26, 2022. —Bill Monaghan

Through the years, trackage passed to the Penn Central, Conrail, and ultimately SEPTA, which began its own rail operations on January 1, 1983. Due to decades of deferred maintenance and funding deficits, SEPTA passenger service on the West Chester line was cut back to Elwyn in September 1986. Amtrak stone trains to the Glen Mills quarry continued, and there were occasional equipment moves to/from the West Chester Railroad, which began tourist operations on 7.7 miles of leased SEPTA trackage between Glen Mills and West Chester in 1997.

During the construction of the new station, discussions were taking place over the naming of the new facility. This culminated in the July 27, 2022, joint announcement by SEPTA and the Wawa Company of a naming rights agreement, which also featured rebranding the Media Elwyn Line as the Media Wawa Line, recognizing the new terminus. Wawa is a privately held company with historic roots in the local area. In 1900, George Wood, then owner of Wawa Dairy Farms, bought three parcels of land in the vicinity of the new station and in 1902 opened a milk processing plant in Wawa, which today processes over 40 million gallons per year. Milk from the dairy was shipped into Philadelphia for distribution using the very rail line now occupied by the SEPTA Wawa station. 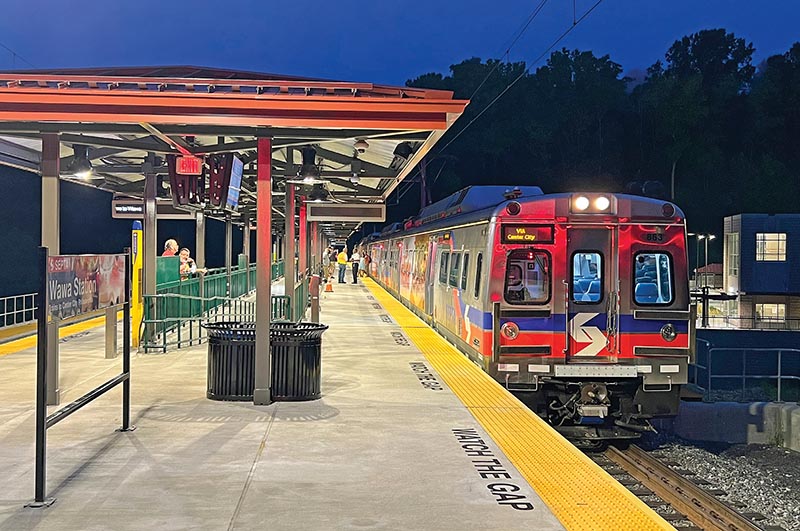 Today, more than 960 iconic Wawa stores offer dairy products, freshly prepared foods, beverages, coffee, and fuel services in Pennsylvania, New Jersey, Delaware, Maryland, Virginia, Florida and Washington, D.C. As a result of the naming rights agreement, the station is decorated with current and historic Wawa Company insignias, including the evolution of its corporate logo over the years, and a map of Delaware County highlighting the SEPTA regional rail line and the location of the first Wawa convenience store in Folsom, Pennsylvania. Graphics on the corridor walls offer stylized trains with Wawa food products riding on flat cars coupled to SEPTA passenger cars…

Read the rest of this story in the November 2022 issue of Railpace Newsmagazine. Subscribe Today!