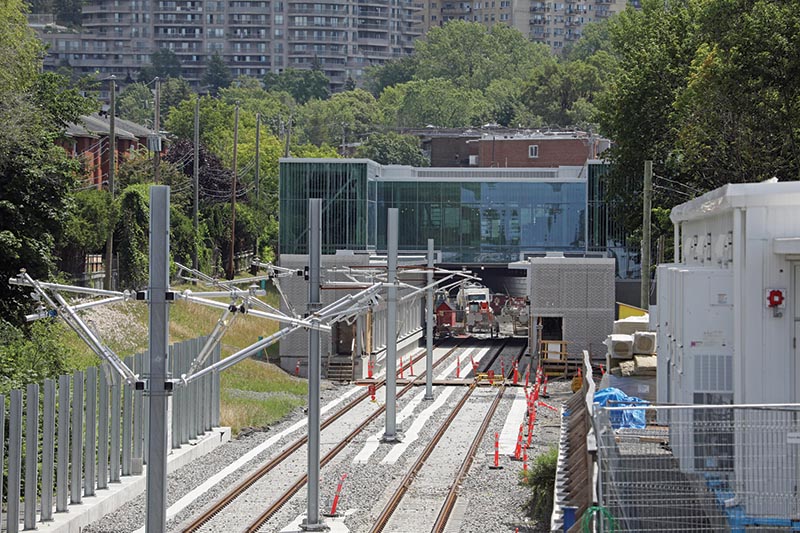 A view of the future REM Canora station, which was a Deux-Montagnes commuter rail station until December 2020. While the REM network is under construction, with a planned opening here at the end of 2024, commuters are being bussed to the Côte-Vertu Metro station. Railfans who photographed the Deux-Montagnes Line may remember this area as Portal Heights. 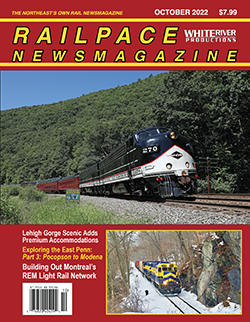 by Andrew Grahl/photos by the author

The Réseau Express Métropolitan (REM) network in Montreal, (Metropolitan Express Network, in English), is a controversial $C6.9 billion, automated, driverless light-metro line consisting of one line with three branches, 26 stations that span 42 miles. The REM network has absorbed the former EXO (nee-CN) Deux-Montagnes heavy rail commuter line into Montreal via the three-mile long Mount Royal tunnel. A total of 212 Alstom Metropolis cars will operate along a grade-separated right-of-way when the line opens some sections later this year, with other segments opening in late 2024.

Construction began in April 2018, and pandemic-related construction delays have pushed opening day back. Service from Brossard on the south shore of Montreal to Bonaventure-Central Station, crossing the St. Lawrence River on the new Champlain Bridge, will be the first segment scheduled to open in December 2022. Much of the network to the west of downtown on the three branches will be delayed until late 2024.

REM’s Main Branch runs from Brossard on the South Shore to Bois-Franc, formerly a station on the Deux-Montagnes commuter line. REM will follow the former Deux-Montagnes Line from Central Station to Bois-Franc station through the Mount Royal Tunnel, eliminating all of the traditional com-muter rail low-level platforms with enclosed stations with platform doors…

Read the rest of this story in the October 2022 issue of Railpace Newsmagazine. Subscribe Today!