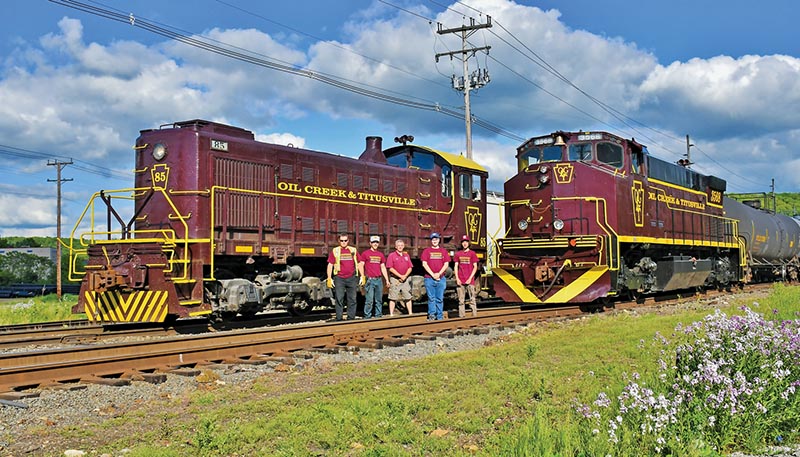 OC&T crew and trip organizers pose with the engines 85 and 3568 during the photo charter on May 28. From left-to-right: Brent Covert, Tom Patterson, Todd Crago, Alec Durfee, and Gabe Thomas. —Kermit Geary, Jr. photo 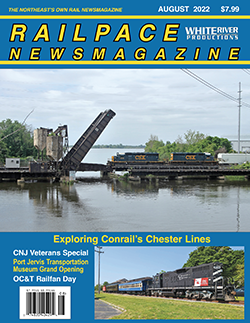 by Kermit Geary Jr./photos by the author

The Oil Creek & Titusville Railroad (reporting mark OCTL) is a tourist railroad extending from Titusville south to Rynd Farm, north of Oil City, Pa. Oil Creek & Titusville Lines is the designated operator of the railroad, as well as the freight carrier on the line. The track was formerly Conrail and was out of service in 1986 when it was purchased from Conrail by the Oil Creek Railway Historical Society, with the first tourist trains running on July 18 of that year. Freight operations began September 25, 1986.

Read the rest of this story in the August 2022 issue of Railpace Newsmagazine. Subscribe Today!

The U.S. Department of Transportation today awarded over $233 million to 11 projects in 8 states to improve and modernize vital intercity passenger rail service. Funded by the Federal-State Partnership for State of Good Repair Program (Partnership Program), these investments will help replace bridges and tunnels along the Northeast Corridor in New York, New Jersey, Maryland, and Connecticut, each of which is more than 100 years old. Additional funds will increase the safety, reliability, and sustainability of rail infrastructure in California, Michigan, and Massachusetts and make needed improvements to the busiest train station in the Midwest: Chicago Union Station.