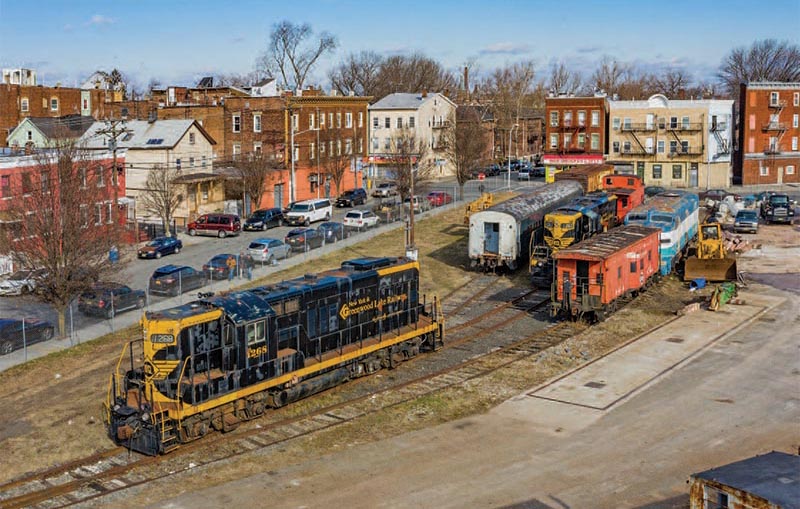 Remembering how it was– NYGL GP9 1267 (ex-Great Northern 718) and NYGL GP9 1268 (ex-Northern Pacific 317) and other equipment rest before the moves begin on Friday, February 28, 2020. This aerial view of the yard shows the last moments of a railroad scene in Passaic, N.J. Marc Glucksman/River Rail Photo 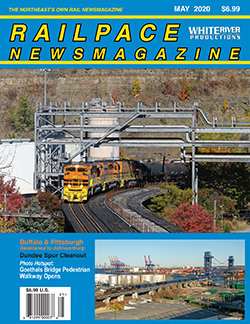 By Adam Elmquist and Marc Glucksman/photos as noted

The Dundee Spur of the Erie Railroad enjoyed a long run as a freight-only route, serving a number of customers on the Passaic, New Jersey waterfront. When Conrail decided in 1996 that the spur was no longer part of its business model, the New York & Greenwood Lake Railway entered the scene.

For a long time, the the city of Garfield, NJ made their feelings known that they wanted the line removed. On July 8, 1978, Garfield’s City Manager, Gustav Deak, was interviewed after the “safety rules” they had passed were overturned by a Federal judge. He was quoted in the New York Times saying “We’d like to have the railroad spur out. The spur’s a danger–the bridge [over the Passaic River] is a danger.” Amongst other restrictions, Garfield wanted to mandate a three person crew, only allow the trains to operate from 0900–1500, and limit speed to 5 mph. 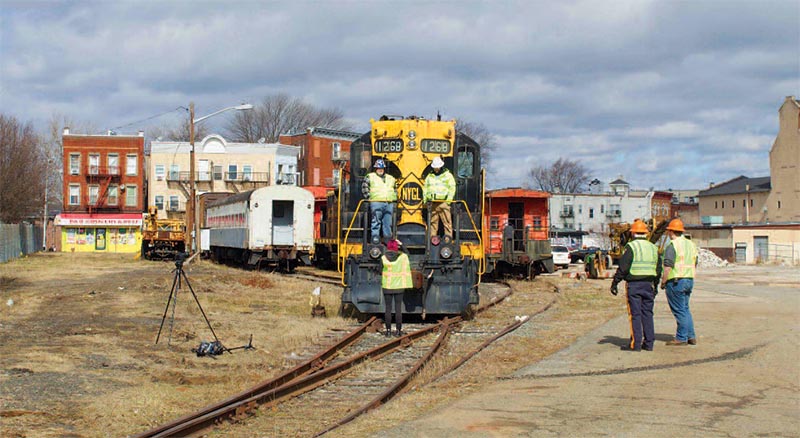 Strategic Solutions personnel pose on GP9 1268 as the equipment move started on February 27, 2020. Much of the NY&GL equipment is expected to go to New Jersey Operation Toy Train, while other NY&GL pieces will be redistributed to societies or railroad entitles as time and money permits. Adam Elmquist photo

Local service on the NY&GL was interchanged with Conrail, and later Norfolk Southern, at Garfield, N.J., on the former Erie Lackawanna (Erie) Bergen County Line. Running over its 1.1 mile length, the Dundee Spur would serve freight customers from 1996 until operations were suspended in 2012, after which service was sporadic at best. At that time, several customers on the line went out of business, and the railroad itself changed hands after tax difficulties…