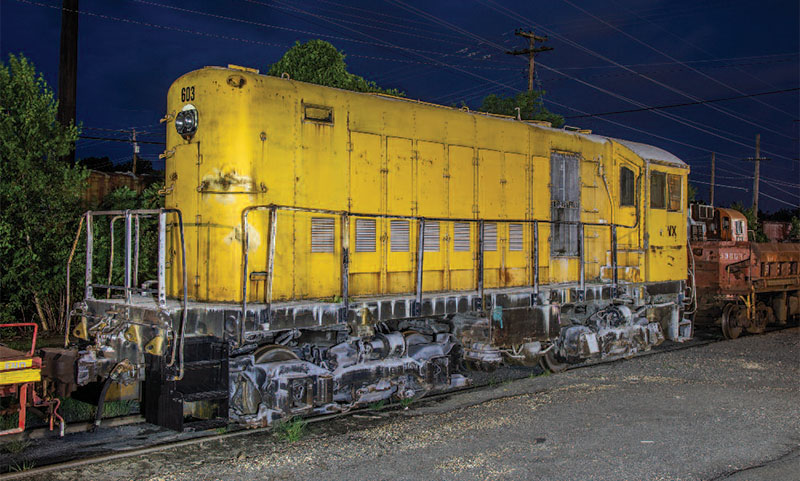 Genesee Valley Transportation’s Delaware-Lackawanna Railroad recently acquired this Alco HH660 built in 1940 for the Delaware, Lackawanna, & Western as 409. One of three former DL&W diesels in existence, all now belong to the DL. This engine is slated for restoration and service on the railroad. It was photographed on August 16, 2020 at the DL’s South Scranton shop. Its appearance shows the effects of nearly 80 years of service, but the engine is still very much mechanically intact. Marc Glucksman/River Rail Photo 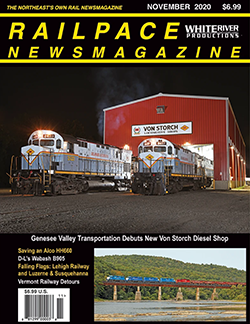 by Mike DelVecchio/photos as noted

Alco Schenectady manufactured 176 of the “High Hood” configuration switcher between 1932 and 1940. Forty-three were of the 660 h.p. model, after which time Alco debuted its “S” line of switchers, beginning with the 600 h.p. S-1 and 1,000 h.p. S-2. Alco never called those earlier switcher models “HH”; that monicker came from Don Dover at X2200 South, and Jerry Pinkpank in Diesel Spotters Guide. Alco called these models “High Hood” switchers.

Lackawanna 409 became Erie-Lackawanna 324 with the October 17, 1960 merger of the Lackawanna and the Erie. It was sold in 1963 to locomotive leaser RELCO and renumbered RE603. During its later years it worked in Indiana for leaser NWIX. It was ultimately acquired by Genesee Valley Transportation.

The 409 was one of three HH660s on DL&W, which Alco improved from the HH600s by adding a Loewy-designed carbody. Of the three, the 409 and 410 were regulars on the Ithaca Branch, each returning to Scranton for monthly inspections so both also worked in Scranton. The 411 was wrecked in Syracuse and was not returned to service. After retirement 1963, the 409 was sold to Relco, where it toiled at industrial sites until retired again, and was purchased by NIWX Locomotive Leasing, who sold it to DL in 2020. Of note, DL&W 409 was the locomotive that lifted the rails on the Ithaca Branch. 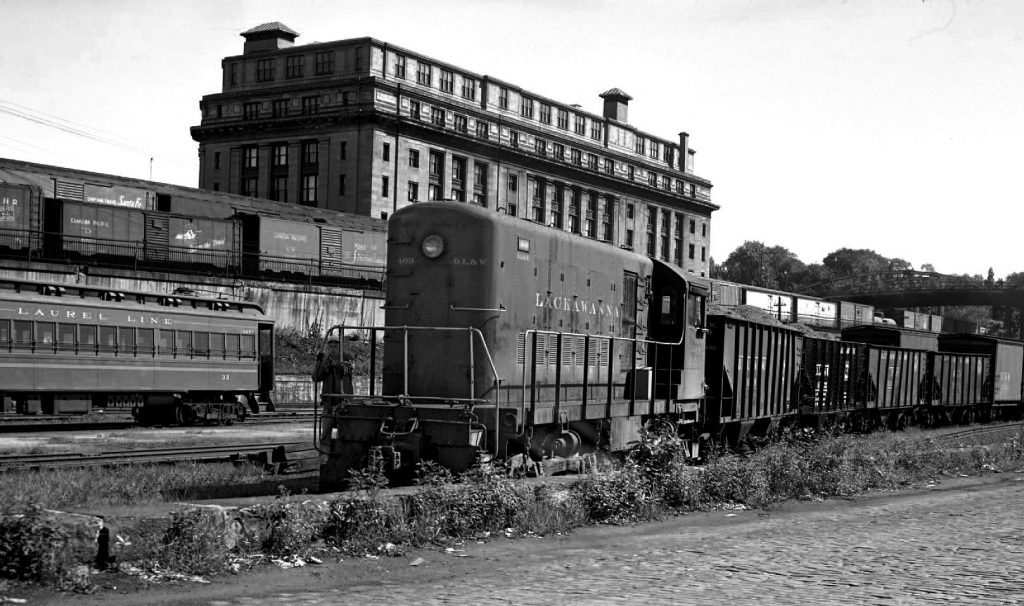 DL&W 409 is passing the Laurel Line terminus in Scranton, Pa., on September 8, 1951. Note the DL&W lettering on the front of the 409, and the Laurel Line electric m.u. in the background. Freight trains occupy the freight and passenger tracks in front of DL&W’s Scranton station, above. John Endler photo, Anthracite Railroads Historical Society collection

This article appeared in the November 2020 issue of Railpace Newsmagazine. Subscribe today!