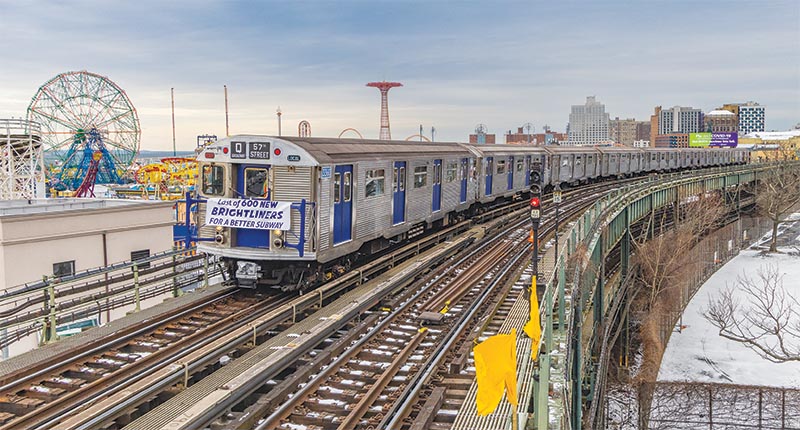 Coney Island Amusement: On Sunday, January 9, 2022, Metropolitan Transit Authority New York City Transit (MTA NYCT) R-32 3360 leads the “Farewell To The R-32s” train as it approaches the W8 Street-Aquarium stop in Brooklyn, New York. In the background, the famous Parachute Jump and Wonder Wheel rise above the train. Notable on the train is the addition of a tribute to the original “First” banner from the ceremonial inaugural run on September 9, 1964; this one reads “Last of 600 New Brightliners For A Better Subway.” —Marc Glucksman/River Rail photo 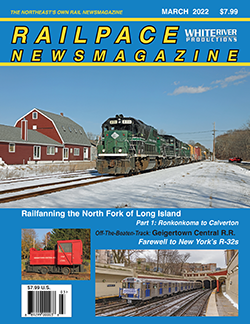 On Sunday, January 9, 2022, the final of four New York Transit Museum “Farewell To The R-32s” excursions made four round trips on the Brighton and 2nd Avenue Lines, closing the book on 58 years of revenue service. The R-32 was a revolutionary car design for the New York City Transit Authority in 1964. While the Interborough Rapid Transit (IRT Division) was receiving Robin’s Egg blue and white cars for the World’s Fair from St. Louis Car Co., the Independent (IND Division) and Brooklyn-Manhattan Transit (BMT Division) were placing into service stainless steel cars built by Budd at their plant in Red Lion, Pa., just outside Philadelphia.

The R-32 was a revolutionary car design for the MTA NYCT Subway in 1964. “R” is the designation used by the New York City subway for competitively bid subway rolling stock contracts that build equipment, and was used a handful of times for rebuild contracts or shop equipment, while “32” is a sequence number. 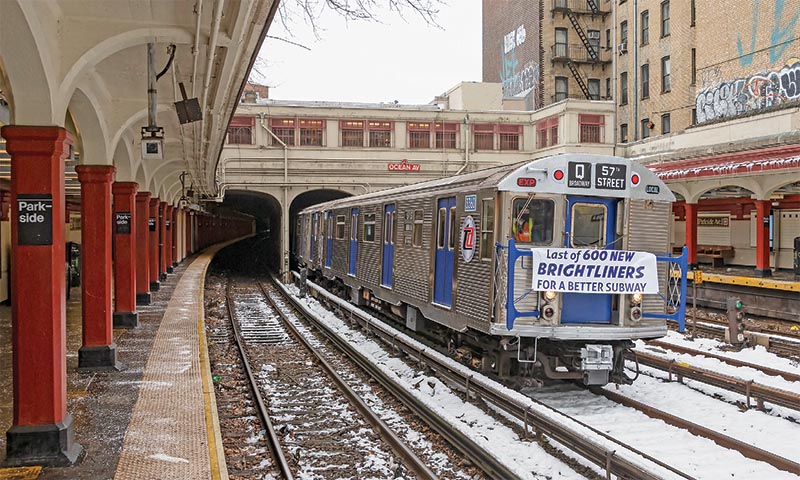 On the morning of January 9, 2022, the “Farewell To The R-32s” train, consisting of eight Budd-built R-32 “Brightliner” subway cars emerges from the Ocean Avenue Tunnel at Parkside Avenue station on the BMT Brighton Line in Brooklyn, N.Y. Leading the train is R-32 3360, which has had its doors painted blue, just as they were from the factory. The train made four trips along the Brighton, Broadway, and Second Avenue Lines before officially retiring the class at the end of the day. —Gregory Grice

The first three Sundays (December 19 and 26, 2021, and January 2, 2022), four round trips per day were operated between the 2nd Avenue (F Line) and 145 Street (D Line) stations. The fourth week of Farewell Trips featured the only route with outdoor running, with four round trips between Brighton Beach and 96 Street/2 Avenue (both Q Line). Posters that were displayed onboard the train highlighting the excursions are also available for sale on the New York Transit Museum store website. All of the excursions were operated within the regular fare zone on main line track, and no supplemental fee was required…

Read the rest of this article in the March 2022 issue of Railpace Newsmagazine. Subscribe Today!