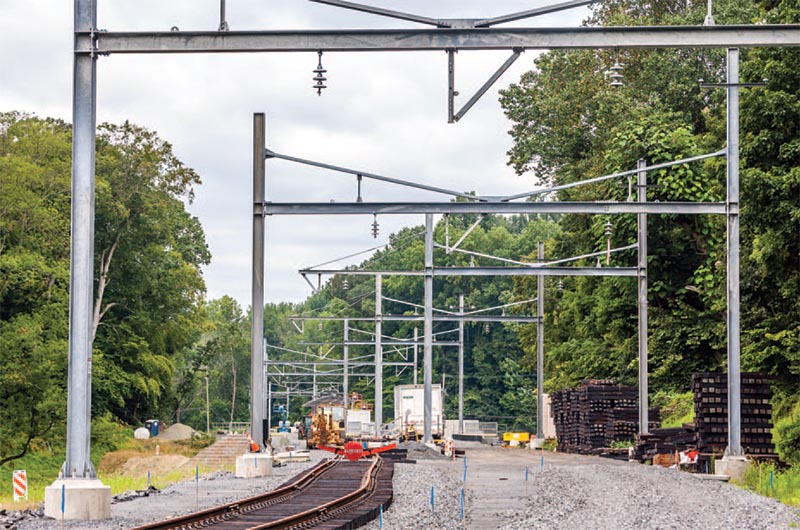 Facing east toward the new Middletown Station at Wawa on August 8 shows the progress being made. Note the stick rail being used; presumably temporarily until continuous welded rail can be installed. The station’s roof structure is visible in the distance above the rail barricade sign. 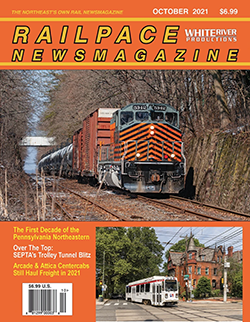 by Robert L. Sartain/photos by the author

Work continues on SEPTA’s 3.5 mile extension of its Media-Elwyn regional rail line. The project will restore service from the current terminus at Elwyn to a new station, dubbed “Middletown Station,” at Wawa, Pa., adjacent to U.S. Route 1 in Middletown Township (see the September 2020 issue for our earlier coverage).

The project is now budgeted at $197.21 million, with $151.66 million having been spent prior to July 1, 2021, and the remaining $45.55 million slated to be spent in the 2022 fiscal year that began July 1. That amount does not include funding for signal and communications infrastructure, or Positive Train Control funding, all of which will come from a competitive grant from the Federal Transit Administration.

The upgraded line will feature new crossties, continuous welded rail, and replacement and rehabilitation of bridges and culverts. The Middletown Station terminal will be fully ADA-compliant and have a station building with a passenger waiting room and restroom facilities, and a 600+ automobile parking garage accessible from Route 1…