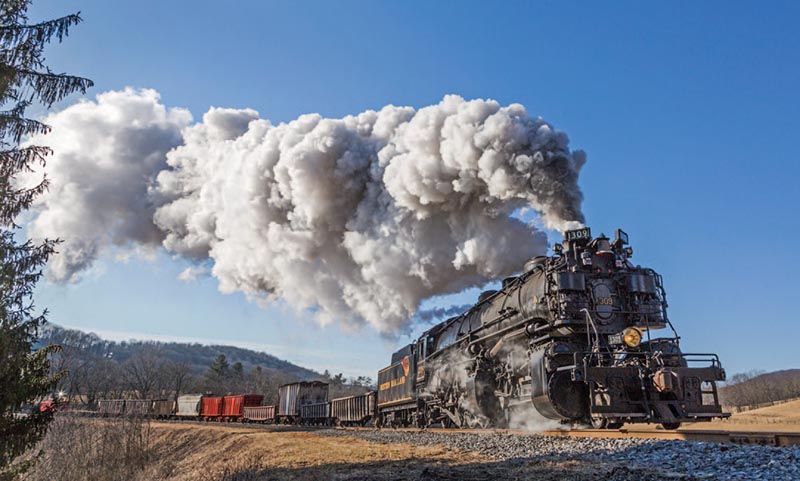 Western Maryland Scenic Railway 2-6-6-2 no. 1309 approaches a private crossing on John Helmstetter’s farm in La Vale, Md., on Sunday morning. For decades, John graciously allowed photo charters access to his property to record scenes such as this. —Jim Kleeman photo 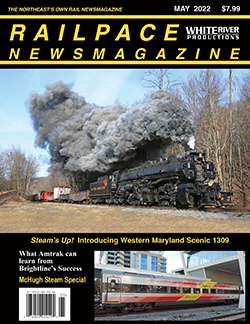 By Alex Mayes/photos as noted

Western Maryland Scenic Railroad operated its first photo charter with newly restored former-Chesapeake & Ohio 2-6-6-2 No. 1309 during the weekend of February 25–27, 2022. This charter was sponsored by Trains Magazine, whose staff did an outstanding job planning and running the event. Clear skies and cool weather prevailed for most of the three-day photo shoot, which provided great photo ops for the 100 registered photographers.

On Friday, the first day of the three-day event, an evening passenger special pulled by 1309, took guests from Cumberland to Frostburg and return. A buffet dinner was served in the two dining cars in the consist of the passenger special. The 1309 pulled a “photo freight” of vintage freight cars between Cumberland and Frostburg, Md., the following two days. 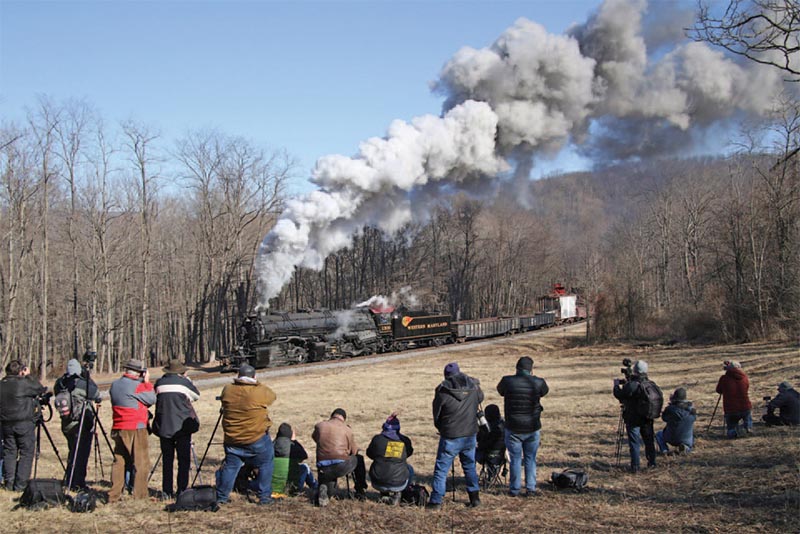 ABOVE: Sunday’s third runby was held at a location known as Coal Tipple, although there was no such facility to be seen here. Bright sun and a well-chosen location provided additional outstanding photos. Two weeks before this charter, volunteers spent hours here clearing out brush and small trees to provide a wide open space for 100 photographers. —Alex Mayes photo

Photo run-bys were held at several well-chosen locations on former Western Maryland Railway and Cumberland & Pennsylvania Railroad lines. Many volunteers spent days clearing out brush and small trees at the photo locations weeks before the charter to provide ample room for the 100 photographers, who were transported to the photo locations aboard a separate train comprised of half-length dome Stampede Pass, two coaches, two diners, and a kitchen car.

Read the rest of this article in the May 2022 issue of Railpace Newsmagazine. Subscribe Today!

Kansas City Southern (KCS), Canadian Pacific, Monterrey Metropolitan Rotary Club (Rotary) and NASCO announced the launch of the Save the Monarch Butterfly 60,000 Tree Challenge North American Boxcar Tour to raise $100,000 USD. The funds raised will be used to plant 60,000 oyamel trees at El Rosario Monarch Butterfly Sanctuary in Michoacán, Mexico to help reestablish the monarch population. This past week, the Monarch Mariposa Boxcar rolled out of the GATX shop in Hearne, Texas.