Southeastern Pennsylvania Transportation Authority PCC-IIs 2337 and 2329 are at the loop at Frankford and Delaware Avenue on Route 15 on the afternoon of Friday, January 24, 2020. SEPTA had announced that this was the last day for trolleys, and it will operate buses on Route 15 until further notice. Marc Glucksman/RiverRail Photo 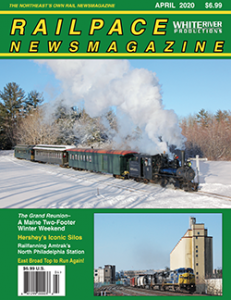 Southeastern Pennsylvania Transportation Authority’s renowned trolley route 15, operated with rebuilt PCC streetcars painted in heritage Philadelphia Transportation Company green and cream, was shut down January 25, 2020. After being “bustituted” along with the routes 23 and 56 in 1992, prospects for the return of rail vehicles to the Route 15 seemed bleak.

Aside from brief intermittent tourist oriented operations on the 23, no substantial movement was made to return trolleys to any of these three surface routes for many years. From when the Route 15 first opened in 1859 and then was electrified in 1895, service had continued with few interruptions to that point.

A capital investment of over $100 million in infrastructure and rolling stock lead to SEPTA’s Route 15 coming back to life on September 4, 2005. Eighteen St. Louis Car Company-built PCCs were sent to the Brookville Company in western Pennsylvania and rebuilt to include upgrades such as ADA accessibility and air conditioning. These cars were renamed PCC-IIs. 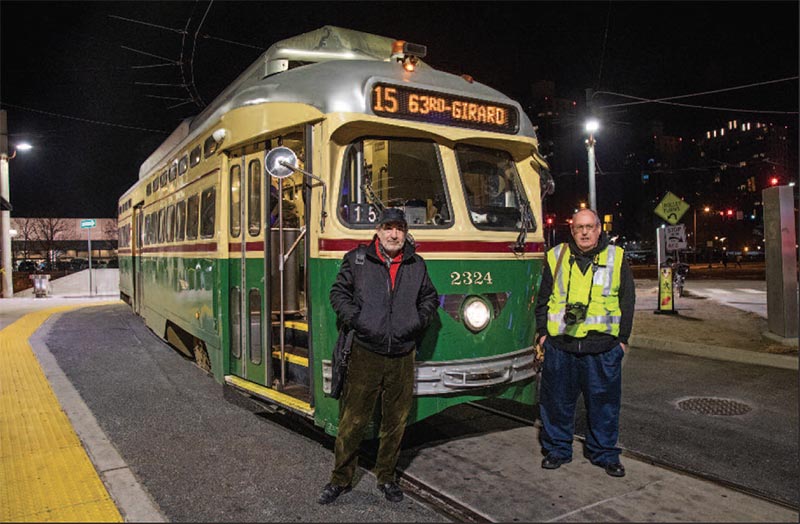 Two stalwart supporters of preserving the history of Philadelphia trolleys pose in front of the last car to run on the Route 15 on the night of Friday, January 24, 2020. Friends of Philadelphia Trolleys members Bill Monaghan Jr. and Ed Springer have been instrumental efforts not only in Philadelphia, but also at various museums that own trolleys that once ran in this city. Marc Glucksman/RiverRail Photo

The declining mechanical state of the fleet in the subsequent 15 years lead to a significant number of buses being operated in place of the ailing PCC-II fleet, with a late February date given for their total withdrawal. Ultimately, just after midnight in the wee hours of Saturday, January 25, 2020, car 2324 would be the last trolley to operate on the line. There was no trolley service during the daytime on Saturday, January 25…

The Connecticut Department of Transportation (CTDOT) announced rail service changes on the Hartford Line (HL) to accommodate two projects that will improve safety and rider experience. The roof replacement on the historic platform canopy in Hartford Union Station consists of improving the canopy roofing and lighting replacement over the passenger boarding platform. Additionally, damaged gutters will be replaced to improve drainage and prevent flooding and standing water. In addition, a slope stabilization project in Windsor involves track work to improve ride quality and includes required maintenance on the communication and signal system for the HL