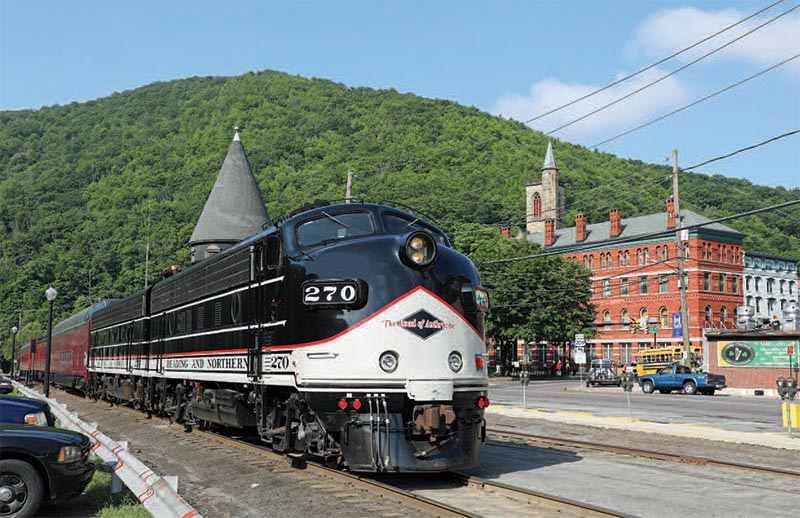 Sunday morning, July 5, 202, offered sweet light for framing up the Reading & Northern F-units and train in the historic borough of Mauch Chunk, now known as Jim Thorpe. The roof of the Central Railroad of New Jerssey passenger station rises behind No. 270; at right is the former Lehigh Coal & Navigation headquarters building, now restored as apartments. Andrew Grahl photo 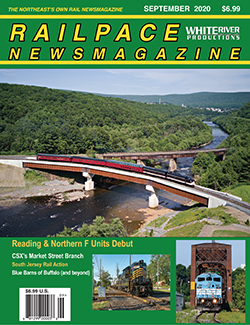 By Gary Pancavage/photos as noted

Reading & Northern’s handsome pair of former Norfolk Southern F units made their long awaited debut on a three day Office Car Special during Independence Day weekend, July 3-5, 2020. Shop forces in Port Clinton carefully transformed the F9 and F7B into an R&N scheme while preserving much of their original Norfolk Southern look, and created a fresh new image in the process. Some observers remarked the new livery pays tribute to the Lehigh & New England Railroad.

Chairman and CEO Andrew Muller Jr. chose to view the eastern and northern reaches of the system on an Independence Day Weekend inspection tour from North Reading that included a stop in Jim Thorpe, followed by a run north to Penobscot and Pittston, before heading south Sunday through the Lehigh Gorge. The crossing of the newly constructed bridge near Nesquehoning on Sunday was icing on the cake before returning to Port Clinton. Fans and photographers were out en mass as the three day event was blessed with gorgeous weather and operating times offered superb lighting. 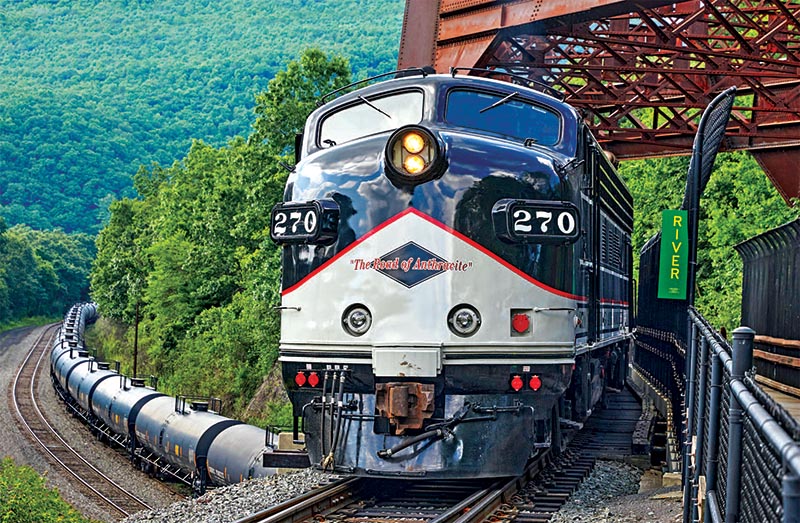 There aren’t may places on the Reading & Northern where an over–under shot is possible, but this opportunity could not be ignored as the OCS slowly passed over stored tank cars at CP RIVER, near Glen Onoko, Pa., in the Lehigh Gorge on Sunday, July 5, 2020. Gary Pancavage photo

Unfortunately, the much anticipated and long-sold-out fan trips with these locomotives originally scheduled for April 18, then later rescheduled to August 1 (with a second section September 5) were postponed due to the COVID-19 pandemic currently ravaging the country. Both trips are still planned to run at future dates, but as of press time, no firm commitments can be made. Sit back and enjoy these magnificent lineside views of perhaps the best looking Office Car Special running in the Northeast!