NJ TRANSIT’s Board of Directors appointed James Sincaglia as Senior Vice President and General Manager of Rail Operations.  Sincaglia is a career employee at NJ TRANSIT with more than 26 years of service with the corporation.

Sincaglia began his career with NJ TRANSIT in the bus division in 1996. Shortly thereafter, he embarked on his rail operations career as a train dispatcher after successfully completing the rigorous training course. He later advanced into management at the Rail Operations Center (ROC) serving as a Supervisor of Train Operations before being named as Manager of Train Operations, and then Senior Director of System Operations.

In October 2015, Sincaglia was named Deputy General Manager of Transportation where he served until April 2020 when he was elevated to lead the railroad in an acting capacity. Since then, his leadership helped drive the successful implementation of our Positive Train Control project before the December 20th, 2020 deadline. He has also overseen the full restoration of the agency’s depleted ranks of locomotive engineers, which has led to improved on-time performance for rail customers. 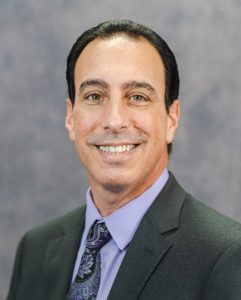