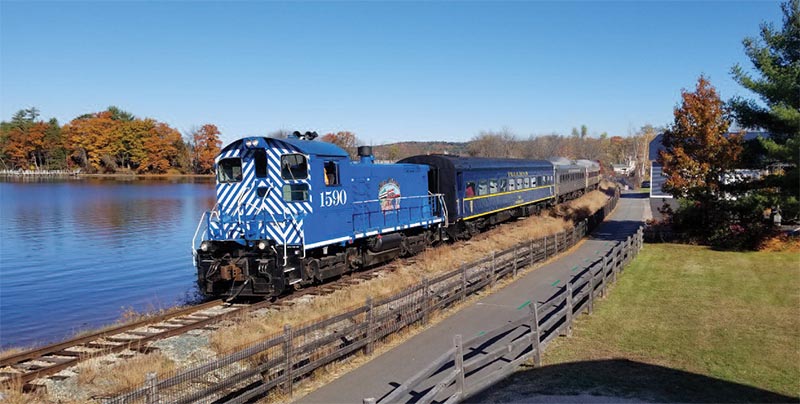 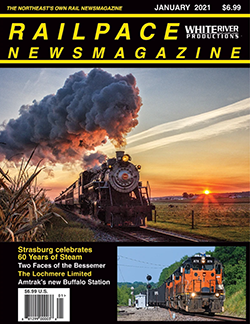 by Denis E. Connell/photos as noted

Mass Bay RRE sponsored the Lochmere Limited rail excursion on October 31, 2020 over rare mileage of the Winnipesaukee Scenic Railroad from Meredith south to Lochmere, New Hampshire. Promptly at 10 a.m., our four-car consist departed Meredith under crystal clear skies behind SW1001 1590, a former-Reading unit acquired from Norfolk Southern. Boarding passengers were escorted to their seats to minimize exposure to other passengers and masks were required of all patrons.

The consist included Plymouth & Lincoln SW1001 1590 on the south end, privately owned ex-Bangor & Aroostook Pullman parlor Determination for first class seating, and demotored RDC-1 9151, RDC-9 6921 and RDC-1 6105, with P&L SW1000 1012) on the north end. The cars were occupied to about 30% capacity, ensuring ample distance between passengers and plenty of window seats… 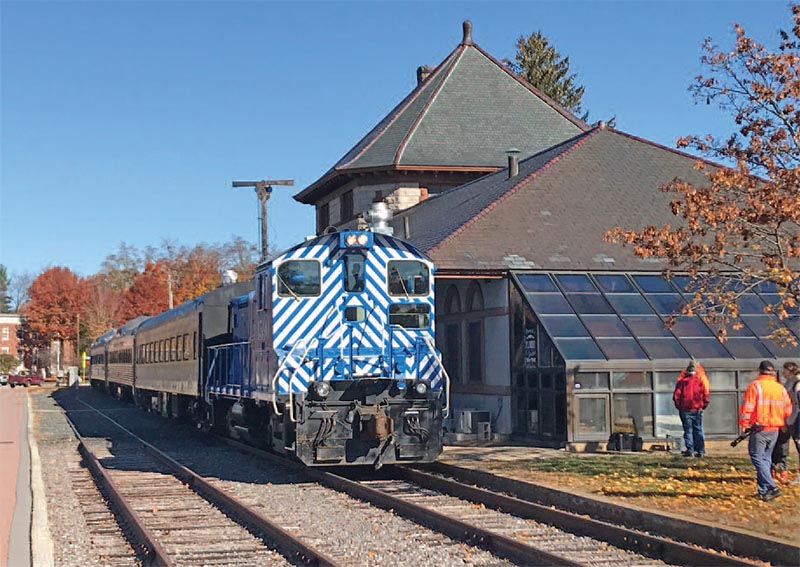 The Lochmere Limited poses for photos at the Laconia station. Photo stops and brief layovers were held at Lakeport and Laconia southbound; all other photo stops abd runbys were conducted on the northbound run. Denis E. Connell photo