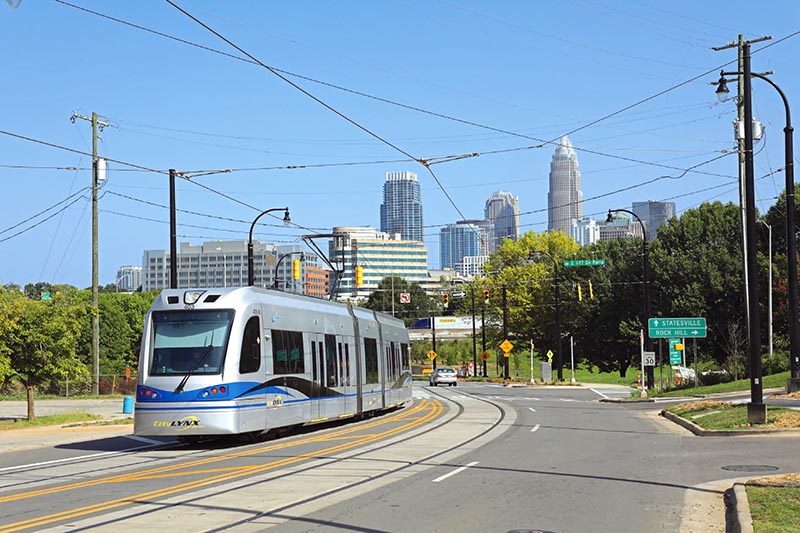 Framed with the Charlotte skyline, CityLynx Gold Line car 403, one of six Siemens S700 sets numbered 401-406, is about to make the Wesley Heights station stop on Phase II Opening Day of the Gold Line Streetcar, Monday, August 30, 2021. The expansion is a $150 million, 2.5-mile long extension which adds eleven additional stops, connecting the Historic West End to the Elizabeth neighborhood through uptown Charlotte. 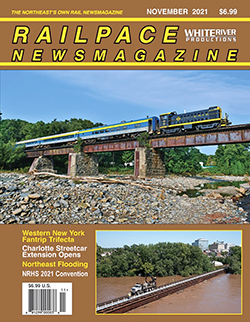 by Andrew Grahl/photos by the author

The streetcar uses Siemens S700 type cars numbered 401 to 406, and each set has seating for 56, with a crush load capacity of 255 passengers. Much of the line is powered by 750V catenary, except for a segment along East Trade Street downtown, where cars run on battery power between the CTC/Arena and Irwin Stations. The off-wire segment is designed to avoid Willow Oak trees that line East Trade Street in uptown Charlotte.

Charlotte is famous for fanfare and festivities at their light-rail and streetcar opening ceremonies. A much smaller event was held for this opening, held during a pandemic. Charlotte Area Transit System CEO John Lewis met a small group of media across from the Bruns station on Opening Day, Monday, August 30, 2021. 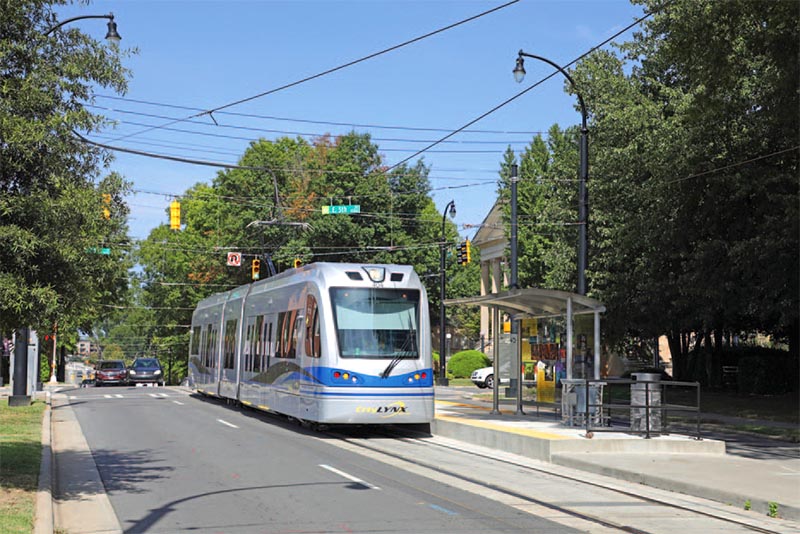 ABOVE: Charlotte’s CityLynx streetcar 404 is photographed at the Hawthorne Lane & 5th Street station on Opening Day of Gold Line Phase II. This station was the eastern terminus during the Phase 1 configuration. The line has been extended beyond the car along Hawthorne Lane to Sunnyside Avenue.

One of the highlights of the line is the new Charlotte Gateway station on the west side. This will become a convenient transfer point to the new Amtrak station currently under construction, and a planned CATS Red Line commuter train. The new rail station is expected to be fully open for Amtrak by 2024…

Read the rest of this story in the November 2021 issue of Railpace Newsmagazine. Subscribe today!