Brightline is beginning the new year with a critical step toward the completion of its intercity rail system connecting Miami and Orlando. Starting the week of January 17, Brightline will begin running qualifying trains between West Palm Beach and Cocoa. The trains will be an opportunity for locomotive engineers and train conductors to learn the tracks and territory along a 130 mile stretch of the corridor. The trains will NOT carry passengers.

Qualifying trains will operate one round trip a day and are expected to occur daily through 2022. Qualifying runs are the federally approved approach to familiarize certified engineers and conductors with new rail territory. Operating a train requires engineers and conductors to be intimately familiar with the rail corridor, including road crossings, signals, curves and speed restrictions. During qualifying runs, Brightline train crews will work with a manager already qualified on the territory, who will provide oversight and instruction. 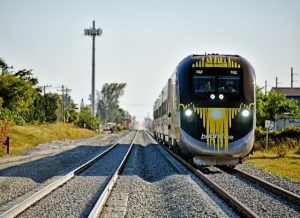