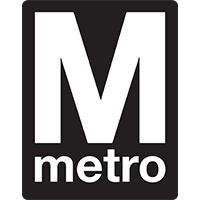 Washington Metro’s Board of Directors will vote on the Authority’s FY2021 budget Thursday, which proposes expanded late-night rail hours, better weekend bus service, and fare and other service changes. The budget prepares for Metro’s recovery and funds the growing rail ridership and ongoing safety and service improvements that Metro was achieving before the COVID-19 pandemic began. In response to evolving effects of the pandemic, the Board expects to review the budget prior to the start of the fiscal year on July 1, 2020.

“The world has changed since we started this process. This draft budget positions Metro for recovery, and for a day when it is safe for our customers to return and we have demand for more service,” said Board Chairman Paul Smedberg. “In passing a budget, we recognize that we may need to revisit the timing of some initiatives based on the economic realities we face in the wake of the pandemic.”

The Board also sent a message to all Metro employees commending their dedication and commitment to providing essential bus, rail and paratransit service for the national capital region under extraordinary circumstances.

“Metro’s men and women not only keep the region moving, they are also our neighbors with the same concerns and family pressures we all have during a public health crisis,” Smedberg said. “Yet they have worked around the clock to deliver medical professionals, first responders, food service workers, and people who need rides to the supermarket, to their destinations. Metro employees are fulfilling our important public mission, and we salute and appreciate you.”

The Board’s draft budget plan takes into consideration more than 17,000 comments and survey responses received during the public input period. As a result, the Board will consider the first fare increase in three years, but did not increase pass prices to help preserve this cost-effective option for customers. In addition, a simple flat fare of $2 is proposed for weekend Metrorail travel. For bus customers, the Board was responsive to customer input and rejected a proposal to add a surcharge for customers paying with cash or loading their SmarTrip cards on the bus. In addition, the proposal recommends reducing the cost of the 7-day regional bus pass and increasing the bus-to-rail transfer discount.

“The final service and fare proposals the Board will consider as part of the budget on Thursday are responsive to the outpouring of public comment. We are funding priority initiatives for the region including a larger bus-to-rail transfer discount, a flat fare for weekend travel, and more late-night and weekend rail service,” said Steve McMillin, chair of the Board’s Finance and Capital Committee. “We appreciate the hundreds of riders and advocates who spoke at the public hearings and thousands who commented through the survey.”

The Board will vote on an amended version of the General Manager’s proposal which recommends the following fare and service changes effective July 1, 2020:

Increases to peak fares on Metrorail only: Fares during peak periods will increase for the first time in three years, and the mileage tiers used to calculate fares will be simplified. Customers can avoid paying more by using passes, as pass prices are not increasing.

o Prices on all current Rail + Bus unlimited passes will not change and will still be valid for the same travel.

Improves off-peak fare relief for senior/disabled travel: Customers with Senior SmarTrip cards and people with disabilities with a Reduced Fare SmarTrip Photo ID card will pay half the peak or off-peak fare on Metrorail, depending on time of day, instead of peak only.

Extends late-night Metrorail hours: Metrorail will provide four more hours of service per week by extending late-night service. The hours of operation beginning July 1, 2020, will be:

• Optimizes the bus service network by reducing redundant and less productive bus service; however, the Board lowered the total cuts from $26 million to $7.6 million after hearing from customers and communities that rely on Metrobus routes.

• Passenger service on the Silver Line extension is projected to start in the last quarter of FY21. There will be nine months of mobilization and three months of revenue service in the first year, resulting in a subsidy request of $78.4 million.

The Board also will take up a 6-year, $9.7 billion Capital Improvement Plan, with investments totaling $1.8 billion in Fiscal Year 21. The capital budget continues the Board’s commitment to safety and reliability improvements, including new rail cars and buses, escalator and elevator replacement and rehabs, brighter stations, and the maintenance program that keeps trains running on time.